Mythology. Like seriously? How can I even try to discuss such a debatable topic in one blog! But I'll stick to what I aim to convey, why I believe we should believe in mythologies that have retold since ages!

I strongly believe there is a real life scenario behind the mythological stories that have evolved. It is just that our natural human tendencies have exaggerated them to another level.
Or it might have been that they were little pieces of experiences which were later compiled into one in the form of a narrative story.
It was us, who painted a picture of how they might have looked, we perhaps got so inspired that we started praying them. Meanwhile did not realise that they were men of ordinary powers but wise thoughts followed by the correct deeds and we literally idolized them to statues!? 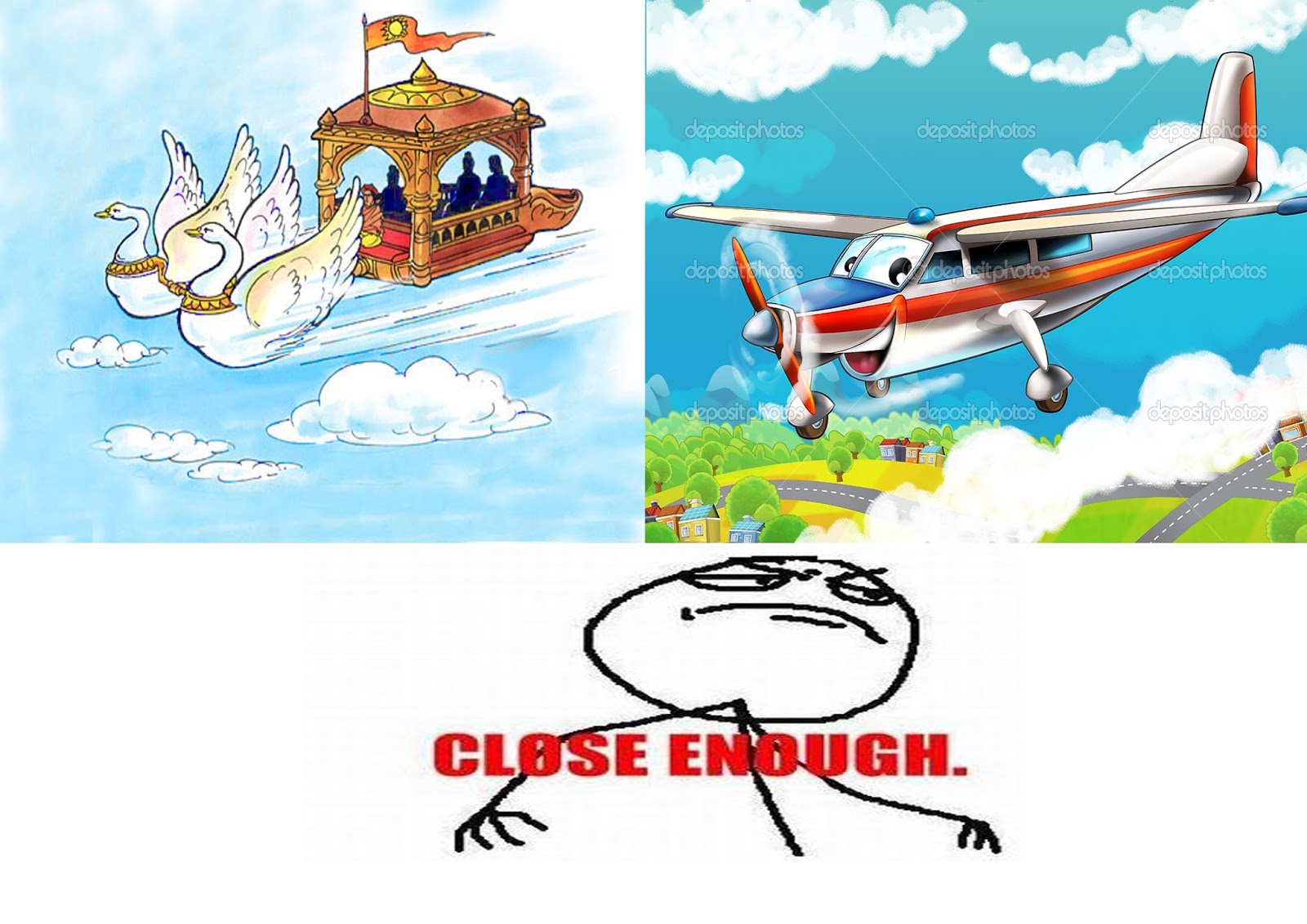 For all my "scientifically advanced" readers, we laugh at Ravan capturing Sita in a Pushapaka Vimaan. But in reality we did manage to materialize the concept of aeroplanes. So what is different? Why look at it as if it is so Barbarian? Similarly the Brahmastra, it sounds like an impossible weapon to the modern thinkers. But what is nuclear weapon then? Both are described as weapons of infinite power, that can destroy every evidence that world ever existed in a matter of seconds.

Wars happen in real life too, then the Mahabharata was no exception. In fact it might have so happened that the war literally destroyed the human race then and later the civilization started from scratch again. Now you'd say I'm spinning a yarn. But then in my defense, it's like the Ice Age story. You never know if it's true! *smacking lips

Let's look at them this way: Why don't we treat our epics as an excellent portrayal of the daily life problems we might face and a guidance, a path to follow when life may not be sweet. They are the solutions of the greatest hurdles that hinder one's way to success and differentiate between the right and the wrong.

Our mythologies have also been an incredible source of inspiration to one and all. "Jeet hamesha sach ki", the truth always triumphs is the core message underlying, and keep the little flame of hope alive even in the darkest storms.

I love reading the Panchatantra and take lessons from the little stories they say. Similarly, the mythologies may be treated as a story giving morals to the world. So that history does not repeat itself.

I may not really be a firm believer in God, and nowhere be close to worshiping idols, but deep down, I know I believe mythologies are true accounts and they were recorded for our benefit. Lets make the most out of their values instead of just fighting over religious issues or claiming God!
at January 11, 2013
Email ThisBlogThis!Share to TwitterShare to FacebookShare to Pinterest
Labels: Getting philosophical, God, Religion, Science and Technology