When he built his own firewall

Intentions of a child they say are harmless
Innocent, the kid feels the same way
His heart feels fearless; it is so safe, no deep sorrows
At least doesn't know how to experience pain as we may

Alas he is hit hard the first time he was cheated, selfish was defined
What reward on earth could make his best friend betray him?
Far too young, the world is yet left to be seen
His days have just begun with the lights too dim

It was that phase of life when infatuation seemed love
Girls came, bonded in a relationship that eventually broke
The scars on his shield started getting profound
This journey of life seemed no longer a joke

Exactly as he predicted was what happened to him
Emotionally drained, he couldn't even remember how to cry
Alone is what I have, he thought, alone will protect me
I will pass through all days of the rain - floods or dry

Adult as he is called now, he built himself a firewall
With no way in, it was a firewall tougher than the toughest steel
No sword can pierce through no matter what
And those hypocrites call him cold, frigid and a man without any zeal. 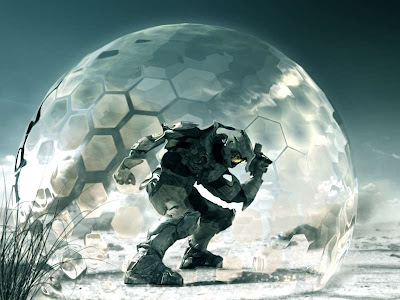 at April 16, 2014 No comments:
Email ThisBlogThis!Share to TwitterShare to FacebookShare to Pinterest
Labels: Firewall, Getting philosophical, Poetry