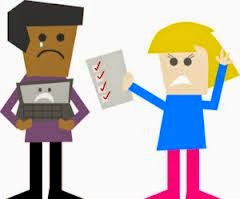 Before it gets too late, before they're long gone, the one least thing which we all could do is call them up or drop them a message admiring things we really regard from the bottom of our heart and let them know how much it matters to us. You'll probably make someone's day in these critical internet times!
at June 06, 2014
Email ThisBlogThis!Share to TwitterShare to FacebookShare to Pinterest