Re-exam, squeezing the hell outta us! 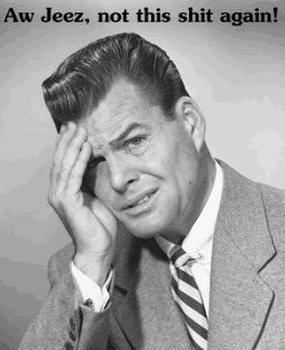 Every year it would just be the regular very low pass percentages, high number of KTs in BEE or CP that we, the First Years had to worry about. This time, something more added to it.
The first paper Mathematics II was conducted in a regular fashion and after we came out from the exam hall, a different scenario caught our attention. A few boys, seemingly happy were yelling around, “Maine toh pehle hi bola tha!” After loads of explanations most of realized that the paper had been leaked earlier that morning via facebook and the celebration was occurrence of the leaked paper in the exam.
No sooner than this news spread, on my way back home, I had started getting facebook feeds questioning if re-exams were to be conducted. The word “re” itself started tensing me. The studious ones started worrying for their billionth revision while the others were still confused with the mess around. Ignoring everything, I moved on to study for the next Physics II paper, something I hated the most after Chemistry.
Time and again the fact that MU gives really very long holidays between consecutive papers started bothering me. Neither was I able nor study nor was I able to enjoy. Finally on the exam day, I managed to somehow finish the paper. During the post exam discussions, it dawned upon to me that again, the physics paper was leaked earlier! In fact, my very own classmate got access to the facebook group leaking the papers and the paper was posted in the class’ group itself at 7 in the morning! I was dumbstruck! Now who checks facebook notifications early morning before an exam!
The news was saddening because none of us wanted to reappear for a physics paper. Similar thing happened for BEE KT paper (Thank God I was saved!). Despite the commotion, preparation for the next paper began. I started checking facebook everyday twice without fail for any news on the next paper or the re-exams. Talking to my seniors, I realized, these things happened every year and MU never bothered to take a re-test. Meanwhile the next paper – chemistry. Everybody hoped that the paper would not get leaked to save us from a re-test! Somehow, the paper got leaked again that morning but MU managed to come up with a back-up second question paper. Heard of shit getting real? The backup paper got leaked too minutes before the exam! As a result, we were made to wait for 40-45 minutes for the third set to arrive and finally, we were just left with 3 more to go (hopefully!)
Eventually the other exams went as usual with some chaos of the question mark on the re-exam around. MU declared a re-exam for maths, physics and BEE KT paper. A facebook group “Voice against Re-exam” was formed where students were discussing their problems and a protest for the re-exam was being scheduled. Those in favor of the re-exam had become a piece of public humiliation. The protest, as expected failed; eventually we ended up giving the re-exams as they were scheduled. Imagine the KT students; they were in a real trauma! The one month and a week exam now stretched to a month and a half! We were desperately dying for the papers to finish.
After it all got over, we sighed a huge relief! For some the re-exam proved to be a boon while for the others it was a payment for boredom and laziness. Status updates like, “MU needs a plumber”, “Our exams started with maths and physics and ended with maths and physics” began to take shape. Everyone were cursing MU for ruining their vacation plans. My hostel friends specially were upset for the delay. Plus they had to book their tickets all over again. To my surprise, some were whining for their next semester classes were going to start! (Every semester classes, That’s another story all together)
Whatever be the case, it was highly unworthy of Mumbai University to do such a blunder causing inconvenience to everyone. Hopefully, neither we nor the juniors would have to face this again.
at June 30, 2012 5 comments:
Email ThisBlogThis!Share to TwitterShare to FacebookShare to Pinterest
Labels: Engg 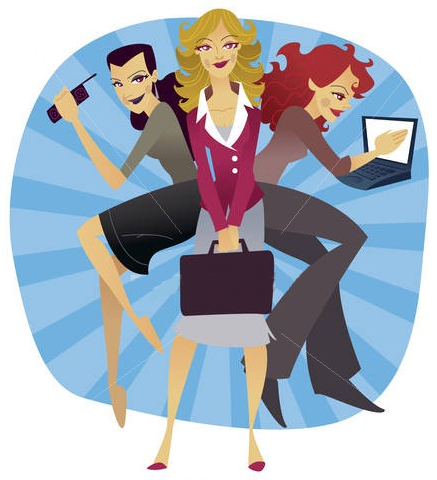 P.S. (before the Script to ensure there is no prejudice while reading) :My second post yet, too early too be critical, yet this was pinching me since long and hence...

The very first episode of Satyameva Jayate, focussed on how important a girl child was to the Indian household. Very well discussed and lighted upon for that week. Newspapers carrying the after-effects of the show, how the episode made an impact and blah blah blah..Well after that, it was forgotten!

Anyways, this isnt what I really want to tell today. "Stri shikshit hogi toh saara desh shikshit hoga" is what was said for the promotion of girl education. It was understood, implemented, it worked!

Seeds of high ambitions in the eyes of little girls were sown. Each of them wanted to be a doctor, teacher, engineer when she grew up. She wanted to walk along with the boys giving them a neck-to-neck competition. As she moved on the quest to fulfill her thirst for knowledge, she realised what she wanted to be, what she wanted from her life. And when success was standing right at her door-step, she was shown the brutal face of reality.

What I imply here is, no doubt that girls are given equal opportunities to grow and learn however there is an end to it. Her career is given a full-stop when she is of the right age i.e. when she is ready to be married.

To carry on her man's household, she gives up all her dreams. The life full of comprimises begins. Why? Afterall, why is she told go conquer the world when you know that she will be summoned back? Why at all tell her that equality in gender exists when she has to give in forcibly at some point of time? Just because she is the girl - emotionally strong, empathetic and has courage to do so?

And surprisingly, all the men want their wives to be smart, intelligent, holding atleast a bachelor's degree and should know to cook good food, keep the house clean,know how to raise children and so on...
But they also want that she should not be working, because if she works, she satisfies the first half of the criteria but who will step into the second set?


Like what my title says, a new concept of Padhi-likhi Bai has emerged.


So what was the use of her hardwork that she put into not to just pass but to secure a good job, a position in a renowned firm? Some men say "self-satisfaction" as an answer, but believe me, it sounds as lame as it could on Earth.

However.. But.. On the other hand..
This is the major difference in the Western and Indian cultures. If women here in our country were given the complete freedom to do what they wanted to, we would be no less like Europe where children grow up in boarding schools, food is never cooked at home, inegrated families would be a distant dream.

Someone or the other has to sacrifice to make our institutions work,
and like they say:
Ladies first!

#IfOnlyLifeHadAnswersToEverything
at June 18, 2012 6 comments:
Email ThisBlogThis!Share to TwitterShare to FacebookShare to Pinterest
Labels: Getting philosophical

The start of I stand today... 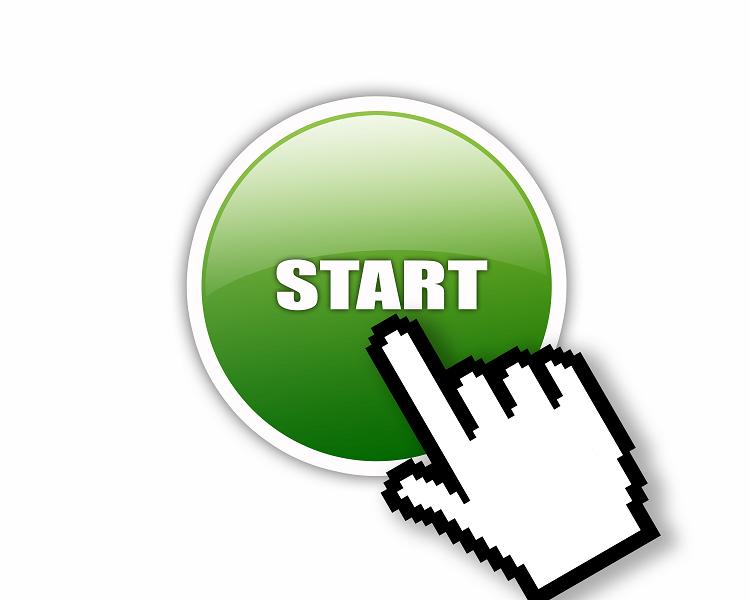 When asked, as a kid, What do you want to be when you grow up? "Just like Dad", would be my reply from the thousands of possibilies I could have blabbed of. Guess, it was like the *black tongue*, what I just said turned true!

Going haha about the fact that I had very liitle (rather no) knowledge on what engineers did to earn a living actually! All that my eyes caught was the fancy of owning a high-end laptop and the previlidge to tour the world in the name of 'working on a project abroad'. Cool, ain't it! would be my thoughts..

Yet, after giving the tenth boards, I was not even sure if I would have taken science or commerce stream. Had a lovely vacation and then results. 90% se jyaada aaya, Oh my God, you have to take science! Somewhere or the other I had this notion in my mind, that smart kids always opted for science and Lo Behold, I took admission in Bhavans with computer science as my vocational.

Step 2: Choosing classes!
One thing that goes hand in hand with the junior college admissions is choosing your classes. All my teachers, my friends' parents, everybody would tell my mum, "Itni smart hai, isko toh IIT karna chahiye." And again, researched for the best coaching classes, came across PACE, next day, admission done, classes shuru!

Well this was just the start of where I stand today...

2 years of complete slogging, night studies and hardwork gave all the common entrances for engineering colleges. Cleared JEE with a 7599 rank, no use. AIEEE not that good for an NIT again. As far as CET is concerned, I had loads of JEE excuses for not preparing well. In the end, my condition was like dhobi ka kutta, na ghar ka na ghaat ka!

My IIT hopes went down the drain leaving me with very little choices. Taking a drop for a year was not something in my mind. Then I heard of Mumbai University keeping some seats reserved for students giving AIEEE. My hopes arised and my search for colleges began. Came across V.J.T.I., S.P. and D.J. which had the best placements (yes, that's how I selected colleges), checked for last years cutoffs, got a fair idea that I could get in!

Despite the confidence, for my mum's satisfaction I took admission in D.J. Sanghavi, attended college for a few days there, made many friends there and when I got a chance in S.P., I switched here!

I still remember the day when I went to withdraw my admission in D.J., the principal asked, "Are you sure you want to do this?" Though confused at heart, I nodded affrimatively. And hence I am here, at Sardar Patel Institute Of Technology!

Well like I said, engineering was not my choice really,
#IWasWashedAwayWithTheCrowd