I wrapped my earphones and paid 19 bucks to the rickshaw and walked towards the main entrance of the complex. It was about 9:30 in the night and every inch of my body ached as I dragged myself towards the gate. “I wish Ma’am would have appreciated my work. All efforts down the drain, this is not fair.” I was still thinking about the bad day at college, too preoccupied to notice the shimmer around the play area of the complex.

I lift my head to see little girls dressed up in their traditional ghagra attire. Vibrant colored clothes, mirror studded jewelry, bright red lipstick with a hint of kajal in the eyes, dupatta covering the little heads, oh god, those days! I could visualize the little me with my sister enjoying the festival to the fullest like we did every year. Nine different sets of clothes for the nine different days with matching necklace and matching bracelets. Despite the exams every year, we would act carefree and get dancing with the crowd. Then as the clock would strike 9:30, mum we would start hiding ourselves in the crowd. And god knows how, mum would find us in a second showing the clock ticking fast. “Go home! You have to get up for school. Remember you have an exam? Play as much as you want on Saturday. Come on now, get running.” And then we would make that puppy face pleading her to allow 5 more minutes.

Someone, get me a time machine. I want to go back to my past! I feel like a senior citizen already! Bloody hell, I it took me five days to realize that half the festival had passed away already. I follow the news every day, don’t I? I know where the gold is heading, I know when Narendra Modi came to Mumbai, I know about the latest facebook app update, when did I miss this?

This stage, the nineteen going, the twenty coming; the giving up on the word ‘teen’ from the age; the transition from not giving excuses but taking the blames; the losing out on the childhood forever in every possible manner is not easy. It’s hard. Harder than any physics problem I have tried to crack. Parents, teachers, everyone around expect us to behave like them, as adults. We are expected to meet deadlines, give commitments, not only give but complete them, make the right decisions, erase every chance of a mistake, be perfect in the worst of times and emerge victorious always.

Such circumstances make me hate the process of growing up. All that growing up meant as a kid was wearing high heels, getting my own mobile phone, not study, earn lots of money and spend them on cars. and it’s nowhere close to reality! And what has it given me so far? Apart from testing my patience to things I cannot tolerate, growing up has taught nothing. It has taken away the joy in little things like eating ice-cream and has taken away my liberty to cry because apparently I am big now.

Ask yourself, isn’t it pretence? The act of not getting affected when people call you names, the showing off of how strong you are by being calm when someone provokes you for a fight, the taking up of unwanted responsibilities of work we would hate to do, feeling apprehensive to take help (thanks to the big fat being adult ego), difficulty in accepting mistakes because as adults we never can make any, feeling embarrassed when friends sing a birthday song for you – is it not all fake being?

I fail to understand, what is it that appeals to us in “behaving” like an adult. Bacho jaise mat karo yaar, is what everyone says. Arre! What is the problem in being a kid? Don’t kids do their work efficiently? Don’t they put in their best when it comes to completing a task? Don’t kids finish their homework? Don’t they learn new things every day?

Difference is we, adults take things too seriously. Way more seriously than it needs to be taken. And then we treat its existence as the end of the world. Everything will strictly revolve around it.  Sometimes it makes me think: Are we just jealous of their happiness? Is that the reason we restrict them? Is that the reason we ask them to grow up all the time? The reason why they are smiling, laughing and ‘kidding’ around always is because they find joy in what they do. They are show what they are. Basically, they don’t know what the word tension means.

Even we can take our lives easy. Maybe not unnecessarily add stress to what we do. Just be content with what we have and keep doing our work with sincerity and dedication. Not worry about the return but the investment of our heart in what we do. Why can’t other adults around us be like that, make others feel the same and set a new trend? Makes think of saying them in a weird American accent of a dude “Why can’t we just chillax?”

Is growing up really that bad? Will it be full of pretentious days and hiding our true feelings? Will it just be restricted to a bunch of adults who will work like robots to accomplish their dreams? Will we never laugh on a silly joke? Will we never kick a football lying on the wet field again for the fear of clothes getting dirty? Will I ever get a chance to play on the swing freely? 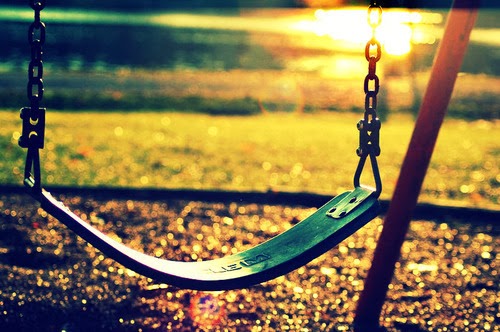 Will it be the same?

“People come, people go – they’ll drift in and out of your life, almost like characters in a favorite book. When you finally close the cover, the characters have told their story and you start up again with another book, complete with new characters and adventures. Then you find yourself focusing on the new ones, not the ones from the past.”

We laughed, we played, we sang, we danced, we attended boring lectures, we ate in the canteen together, we gave birthday treats, we played pranks, we watched movies, we debated over silly things, we chatted, we bitched about people, we discussed long philosophies, we solved long problems, we took pictures, we encouraged, we mimicked each other, we bunked class, we did last minute studies, we planned our careers - we did it all, together.

10 years down the line, will it really be the same?

Friends, as we call them have led us through everything in life as if it were a cakewalk. While the rest of our peers were busy giving us pressure, they told us how "chilled out" our lives were.
I need not elaborate about how graciously our lives get affected by the little things they do for us. I need not tell you how big a deal my friends are for me when I know your's are equally integral part of your life. I need not describe how easily we cling on to them, eventually depend on them.

In fact, sometimes this scares me. It instills fear, a deep fright of what will I do without them?

Ranging from a wide range of personal problems to notorious ideas to serious discussions I rely on them. Little things that matter much and big problems that were ignored, all are discussed without hesitation. Honest feedback and consolation both are expected at the same time! Imagine how impossible it will be without them!

I am aware, I still have a year to go with these people. I have a lot of time to collect more memories. It's a long way, really long way! It was yesterday I realized how quickly did 2 years pass by. Won't the same happen again? Even the next two years will pass by swiftly and that long way will just seem insignificant and tiny. On top of that the mere thought of separation scared me.

But why am I finding this so difficult now?
I passed out of school, an institution with the same set of friends for more than 10 years however good or bad they were. I spent 2 years preparing hard to get into a good engineering college (Read IIT) with a new set of excellent friends. I am thoroughly enjoying every moment of the engineering course with again, a new bunch of crazy 'items' ( :P ) Perhaps, after a year, I will be going with the flow with different graduates in another company or B-school! Simple as it should be, it isn't!

I still remember how apprehensive I was about finding my kind of people when I joined junior college. Contrary to my hesitations, things rolled so smoothly! It hardly took me a few days to get accustomed with them. In a few months, we felt like we knew each other since years! And then when we went separate ways - different colleges, different cities, tears built up saying goodbye. It was difficult, impossible to imagine living life with the same enthusiasm post them. But whoa, what happened later? I got a new atmosphere, new things to worry about, new opportunities and new people with the same old me. Now I feel indifferent to those changes, as if I was so stupid to have encountered such feelings! Yet sometimes, I wish I could carry them all along wherever I went. Yet sometimes, I feel how awesome it'd be if we all worked together!

Same will happen now I assume. It's not that I won't get friends later on. It's not that they won't be good. It's not that I won't miss the old ones. By saying that I know I am merely convincing myself to believe that life will be good without them, that things will change only for the good, that going separate ways will only give us more things to discuss about and of course, progress on an individual level.

Perhaps where the problem lies is - we invest so much in relationships. Look at companies, governments, institutions - they have departments which 'look after maintaining relationships'. How much more can that explain what I want to say! As humans we have this inseparable urge to connect to people emotionally. Which makes them more important than us at times! There are times I often question if such a high level of involvement is needed. And ironically,  I end up attaching myself the most with them! However, I will talk about that sometime later..

The point now is
10 years down the line, will it make a difference? Or are my concerns today just like those yesterday and I will only feel foolish to have encountered them years later?

Probably I need to forget such uneasy thoughts as a bad dream and live the present to the fullest awaiting the surprises the future has stored for me!

Hopefully these were ramblings and rantings of just another human, who gets attached to another easily, but carries the spirit of embracing changes with enthusiasm minus fear :)
at October 03, 2013 No comments:
Email ThisBlogThis!Share to TwitterShare to FacebookShare to Pinterest
Labels: emotions, friends, Getting philosophical
Newer Posts Older Posts Home
Subscribe to: Posts (Atom)