A home in Osaka

I got an email stating that my flight from Osaka to Fukuoka got cancelled 15 minutes before I was about to check out from the hotel. I rescheduled it to the next day, but this also meant I had to now extend my stay in Osaka. I booked a hotel on agoda.com and set out to check-in there.

Since it was a "cheap" hotel, I almost had reached the outskirts of the city. After asking for the location atleast five times, I managed to see the building (rather, a bungalow). An old lady opened the door, and let me in. She asked me to remove my shoes outside and gave me a clean set of slippers to use inside the house. Yes, it was a house, belonging to the old lady, where she rented out rooms to guests to make money. She started looking for my booking in her spreadsheet. It wasn't there!

I had made the booking only an hour ago, and her spreadsheet had not been updated. The real trouble began now - she did not speak English, none at all. Her only words were "No English. Chinese? Nihongo?". I nod. She opened up her messaging service and called her daughter, she didn't answer. She called her son, he didn't answer. Apparently they knew English. I tried translate on Google to tell her that I made the payment an hour ago, ask your son to update the sheet. She couldn't understand the translate. After calling a lot of people, who did their best by using Google Translate, nobody reached a conclusion. Her son had to update the spreadsheet, which he didn't and now he wasn't available.

Finally after a struggle of lots of translations and nobody understanding anything, her son called, and updated the spreadsheet about an hour and half post my arrival. She got really apologetic, folded her hands, and apologized a lot in Chinese/Japanese or whatever it was. She gave me keys to my room and showed me around to make me comfortable.

I was bored in the evening. I thought I'd sit with her for a while in the living room. She was watching some Japanese TV channel who were broadcasting how shrines are made. She noticed my anklet and asked me about it. I translated silver in Japanese and she understood. Then we started talking cultures. I showed her pictures from India, how women dress up. It was crazy dumb charades. We both used sign language as the only means of communication. I showed her our festivals in pictures and some vegetarian food! She couldn't believe the variety we can have for vegetarians!

It was her turn next. She was from Taiwan, she told me. She googled for pictures and showed me some shrines and how things are done. Then she showed me pictures of her family and asked me about mine. I showed her my sketches and she recognized Dalai Lama, Micheal Jackson and a few others. She kissed my hands as a sign of appreciation. We added each other on Facebook, and she wrote "Thank You in Chinese" on my wall. Further she gave me this beautiful keyring. Further when she learnt my family is back in India, she asked me to call her mama! :) 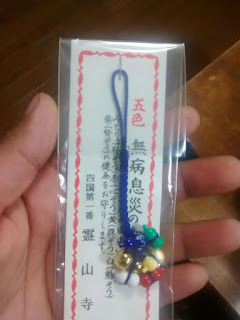 She kissed my eyes and said "Beautiful". I was touched. I went back to my room. I was shaken with the amount of love she showered on me. I opened my bag, found my notebook and my pencil and started sketching her! 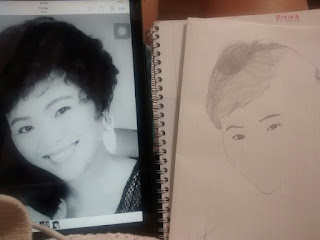 When I gave her the completed sketch, she went to her attic, got a glass frame, and hanged the picture framed on her wall. It was just so amazing to see it up there! She wouldn't stop chanting a lot of words in Chinese! She kept thanking me and hugging me, and then I went back to sleep in a while.

Next morning when I was about to leave, she hugged me many times again. I had some plastic covers in my hand, she ran inside to get me a bag to keep them in. I politely refused, knowing I can't give it back to her again. She hugged me again. She said the three magical words: "I love you". And hugged me even more. As dramatic as this seems, the moment got emotional. When I bent to tie my shoe laces, she held my hand, sat down and started tying them herself. When I pulled myself back, she pointed at herself and said, "mama". And tied them into a neat bow. She hugged me an I love you again and we bid goodbye.

She came till the train station to see me off, and showed me the figure "3500" on my hand. That was the amount I paid for the room. She crossed it and wrote "2500". We hugged again, and I left. I guess I have a home in Osaka!

Here is what she wrote as a comment by sharing my profile picture to her friends: