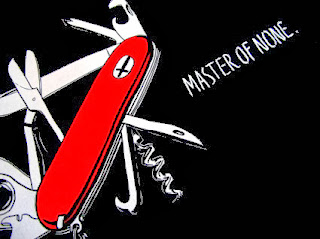 While it sucks to be stuck in such shoes, I cannot help convince myself that the reason why "Generals" in a Military force are called so because they see the bigger picture, innovate, plan, predict and ultimately climb to power the fastest.
at November 21, 2013
Email ThisBlogThis!Share to TwitterShare to FacebookShare to Pinterest
Labels: Crib, Engg, Work